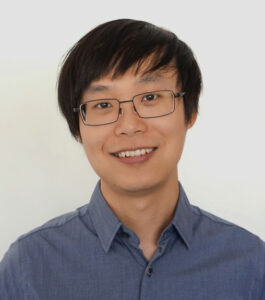 The design of DNA primers involves simply writing down the reverse complement of the target sequence, made possible by the modular A-T and G-C base pairing. Such modularity offers great programmability in DNA molecules, which gave rise to the field of DNA nanotechnology, where DNA is used to construct nanoscale objects or perform molecular computation. Proteins, however, do not have such modular specificity code which makes the programming of specific protein-protein interactions challenging. This talk describes a way to achieve DNA-like programmable specificity in proteins via computationally designed hydrogen bond networks, which extends to the creation of a large set of orthogonal protein heterodimers, protein-based logic operations in living cells, and lego-like proteins that self assemble into two-dimensional materials.

Zibo Chen obtained his B.Sc. degree in Life Sciences with First Class Honours from National University of Singapore. He received his Ph.D. degree in biochemistry with David Baker and Frank DiMaio at the University of Washington and is currently doing postdoctoral work in synthetic biology with Michael Elowitz at Caltech. His work focuses on programming biology using protein as the coding language. He computationally designed and experimentally verified sets of orthogonal protein homodimers and heterodimers with DNA-like modularity (Chen et al., Nature 2018), and engineered them to self-assemble into regularly patterned two-dimensional protein sheets (Chen et al., JACS 2019). He created protein-based molecular computers that operate in, and modify the behavior of, living cells (Chen et al., Science 2020). Dr. Chen is a recipient of Science & SciLifeLab Prize, Burroughs Wellcome Fund Career Award at the Scientific Interface, MIT Technology Review 35 Under 35 China, and the Damon Runyon Fellowship.