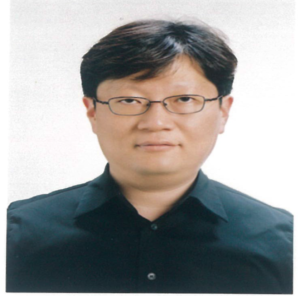 Please note that there will be a tea networking session after the seminar. Event registration here.

Bio-based chemicals industry has been attracting great attention as the most environmentally benign chemical production route. However, feedstock cost and availability are known to be a important part to develop a economically feasible bioprocess. In East Asia region, especially, feedstocks obtained from land area including starch and lignocellulosic biomass are not available enough for bioindustry due to the high population. On the other hand, marine biomass such as marcoalgae is mostly produced in East Asia. Therefore, marine biorefinery based on marine biomass should have the high opportunity in this region. Although brown macroalgae has an enormous potential as an alternative feedstock, its utilization by conventional microbial platforms has been limited due to the inability to metabolize one of the major carbohydrate, alginate. Here, we isolated Vibrio sp. dhg, a novel, fast-growing bacterium that can efficiently assimilate alginate. Based on systematic characterization of the genomic information of Vibrio sp. dhg, we were able to develop a genetic toolbox for its engineering, and successfully demonstrated its ability to rapidly produce a broad spectrum of chemicals (ethanol, 2, 3-butanediol, and lycopene) from brown macroalgae sugar mixtures with a high productivity and yield. Collectively, the Vibrio sp. dhg strain is a powerful platform for the conversion of brown macroalgae sugars whose usage will dramatically accelerate the production of value-added biochemicals.

Gyoo Yeol Jung is Vice President of Academic Affairs as well as a Professor of Department of Chemical Engineering and Interdisciplinary School of Bioscience and Bioengineering (I-Bio Program), POSTECH of Korea. He received his Ph.D. degree from Seoul National University of Korea and did his postdoc research at MIT with professor Gregory Stephanopoulos. His research is focused on Synthetic Biology and Genetic Analysis System. He published a number of papers in the premier journals including “Science”, “Nature Biomedical Engineering” and “Nature Communications”. He was awarded a number of awards including Best Scientist Award by Minister of Science and ICT of Korean Government. Dr. Jung is an Associate Editor of Journal of Biological Engineering and Biotechnology and Bioprocess Engineering, and editorial board member of Metabolic Engineering, Scientific Reports, Electrophoresis, etc.