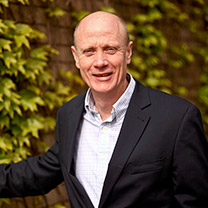 Cell-free transcription/translation systems (known as CFPS or TX-TL) have recently been re-evaluated as a promising platform for enabling synthetic biology research and applications. In particular CFPS has been shown to provide a reproducible prototyping platform for regulatory elements where measurements in vitro are in part consistent with similar measurements in vivo. The advantage of being non-GMO allows rapid automated assays for characterizing parts and genetic circuit designs for pathway engineering, natural product discovery and biosensor designs. My lab has been interested in exploring cell free extracts from different organisms and I will present our most recent work on cell-free systems. I will also present our recent studies on combining in vitro geno-chemtic strategies to allow rapid access to xenobiotic compounds which may provide improved therapeutic activity. By focusing on the violacein biosynthesis pathway and using seven different substrate analogues, we have been able to generate 66 new to nature analogues of violacein. Furthermore, 20 new derivatives were generated from brominated analogues via Suzuki-Miyaura cross-coupling reaction directly using the crude extract without prior purification. I will also discuss the generality of this approach.