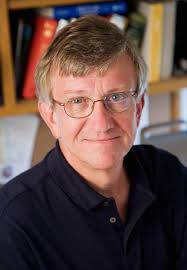 John A. Gerlt is Gutgsell Chair and Professor of Biochemistry and Chemistry at the University of Illinois, Urbana Champaign, where he is a member of the Mining Microbial Genomes theme in the
Institute for Genomic Biology. Gerlt received his B.S. from Michigan State University in 1969, his Ph.D. from Harvard University in 1974, and was a Jane Coffin Childs Postdoctoral Fellow at the
National Institutes of Health from 1974-75. He held faculty positions in the Departments of Chemistry at Yale University and the University of Maryland, College Park, before assuming his present position at the University of Illinois in 1994. Gerlt was PI/PD of the Enzyme Function Initiative, a Large Scale Collaborative Project supported by NIH/NIGMS, focused on developing tools
and strategies for assigning functions to uncharacterized enzymes discovered in genome project.

Gerlt’s research interests are in mechanistic and genomic enzymologies, with a primary focus on the evolution of functionally diverse enzyme superfamilies. To enable these projects, he has overseen the development of a publicly accessible (“democratized”) web resource that provides community access to genomic enzymology tools for generating sequence similarity networks (SSNs) and genome neighborhood networks as well as chemically guided functional profiling (CGFP) for mapping metagenome abundance to clusters in SSNs.

All session by John A. Gerlt