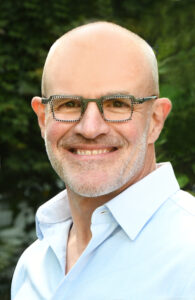 Please note that lunch will be provided after the seminar. Event registration here.

Plants produce some of the most potent human therapeutics and have been used for millennia to treat illnesses. The monoterpenoid indole alkaloids (MIAs) are plant secondary metabolites with a remarkable structural diversity and pharmaceutically valuable biological activities, with more than 3,000 MIAs derived from their common precursor strictosidine. The MIA chemotherapeutic drugs irinotecan, vinblastine, and vincristine are included in the World Health Organization list of essential medicines and exemplify some of the few established MIA therapeutics on the market, with annual market sizes >1B €. Despite the vast repertoire of MIAs with documented bioactivities, obtaining requisite amounts of MIAs needed for further development and clinical applications is often challenging due to the low yields observed in extracts from natural plant resources, as exemplified by the chemotherapeutic drugs vinblastine and vincristine requiring 500 and 2,000 kgs of Catharanthus roseus dried leaves, respectively, to obtain 1 g of products. Likewise, due to the numerous stereo centers found in MIAs, multi-step synthetic chemistry holds little promise for bulk production of complex MIA therapeutics, and thus the current vinblastine supply chains rely on extraction from C. roseus and subsequent condensation of the catharanthine and vindoline precursors. As vincristine and vinblastine were listed as shortage drugs in 2019-2020 by the US Food and Drug Administration (FDA), there is a growing awareness of the importance of refactoring biosynthesis of MIAs in genetically tractable heterologous hosts.

We have demonstrated de novo microbial biosynthesis of vindoline and catharanthine using a highly engineered yeast, and in vitro chemical coupling to vinblastine. The study showcases the longest biosynthetic pathway refactored into a microbial cell factory to date, including 30 enzymatic steps beyond the yeast native metabolites geranyl pyrophosphate and tryptophan to catharanthine and vindoline. In total, 56 genetic edits were performed, including expression of 34 heterologous genes from plants as well as deletions, knock-downs, and overexpression of ten yeast genes to improve precursor supplies towards de novo production of catharanthine and vindoline, from which semisynthesis to vinblastine occurs. As the vinblastine pathway is one of the longest MIA biosynthetic pathways, this study positions yeast as a scalable platform to produce more than 3,000 natural MIAs and virtually infinite new-to-nature analogues.

Jay Keasling is Chief Executive Officer of the Joint BioEnergy Institute. He is also the Philomathia Foundation Chair in Alternative Energy at the University of California, Berkeley. A Professor in the Departments of Bioengineering and of Chemical and Biomolecular Engineering, Keasling holds a Senior Faculty Scientist position at Lawrence Berkeley National Laboratory. He is one of the world’s foremost authorities on synthetic biology.